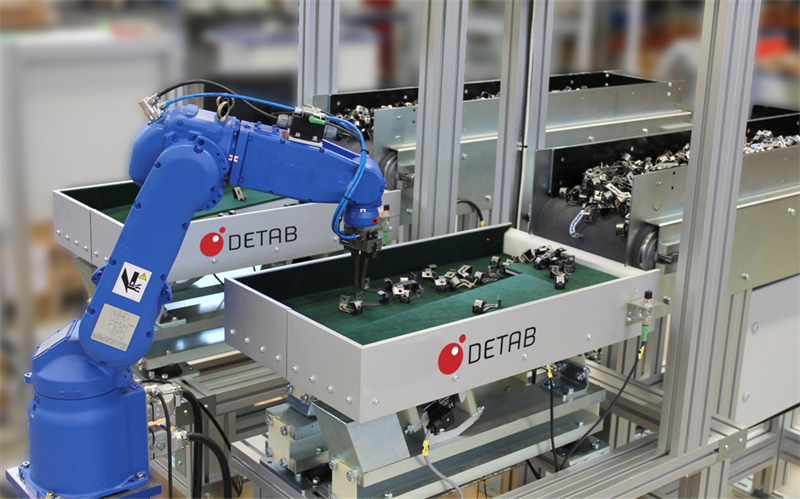 Storskogen's subsidiary PV systems AB (“PV Systems”) has acquired the shares in DETAB Ecomat Automation AB (“DETAB”). The company develops and sells systems for feeding products to packaging processes, robots and other process machines. DETAB reported sales of SEK 14 million with an EBITA of SEK 2.2 million for the financial year 2021.

DETAB is a Swedish company that develops and sells systems for feeding products to packaging processes, robots, and other process machines. The systems are primarily used to count, control and position components. The client base is found in a variety of industries across Europe and there is a potential to broaden sales globally. The company's main product is DG Flex Feeder, which enables the handling of a large variety of products in the same system, used in industrial applications where flexibility is typically desired for production in short series.

DETAB will be an add-on acquisition for PV systems that have been owned by Storskogen since 2016. According to Roger Käll, CEO of PV Systems, the acquisition of DETAB will add synergy effects for both companies.

"DETAB has very interesting and fine products that fit into PV Systems' operations, but above all there is a large market throughout Europe for their high quality systems," says Roger Käll, CEO of PV Systems.

Jens Einarson, owner of DETAB, will continue in his role as CEO of the company after the transaction.

“We are very positive about becoming part of Storskogen and the Automation vertical. This will enable continued expansion in a global market for the world's most flexible component feeders for industrial processes.” says Jens Einarson.

The company will be part of Storskogen's business area Industry within the vertical Automation, for which Patrik Klerck is responsible.

“DETAB is an innovative company with its own unique products that complement our strong automation offering in PV Systems perfectly. It will be exciting to follow the continued development of our combined customer offering,” says Patrik Klerck.

PV Systems is a technology company that delivers customized Automation Solutions and is located in Tidaholm. The company became part of Storskogen 2016 and under Storskogen's ownership has increased its sales from approximately SEK 55.8 million in 2015 to SEK 110 million in 2021 and an EBITDA margin improvement from 11.5% to 25% in 2021 and is today one of the Nordic region's most reputable automation companies.

Storskogen acquires and manages well-managed and profitable small and medium-sized enterprises within the business areas Industry, Trade and Services in the Nordic countries, DACH and the United Kingdom. On 31 December 2021, Storskogen consisted of 105 business units with a total of approximately 9,000 employees and a trailing annual turnover (RTM) of over SEK 23 billion.