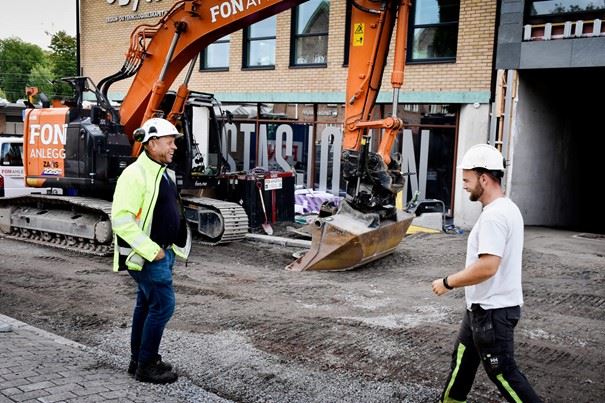 Storskogen has acquired a majority stake in FON Anlegg, a local machine contractor in Sandefjord, Norway, with 42 employees and a reported turnover of NOK 144 million and an EBITA of about NOK 23 million in 2020.

Fon Anlegg provides services in excavation, mass transport, drainage, clearing, demolition, roads, water and sewage. The company was established in 2015 and is headquartered in Nordre Fokserød in Sandefjord.  Fon Anlegg will join a group of about 20 companies in Storskogen’s business vertical Infrastructure, a part of the business area Services.

Newly appointed Managing Director of Storskogen Norway, Karianne Melleby, views the acquisition of FON Anlegg as a milestone, as it’s the first acquisition in Norway after Storskogen was formally established in the Norwegian Market in September 2021.

“I am excited to announce the first acquisition in Norway since taking on this role and I see great opportunities to fulfill Storskogen’s ambition to acquire well- managed and profitable SMEs looking for new ownership throughout Norway,” says Karianne Melleby, Managing Director of Storskogen Norway, and adds; “FON Anlegg is a great representative for what we are looking for with their strong performance, local presence, long-term ambition and of course an inspiring and capable team.”

Carl Christian Fon, CEO of Fon Anlegg, will remain in his position after the acquisition by Storskogen.

“We are very happy to have Storskogen as a new long-term and financially strong owner. We see good growth potential for the future, and we look forward to continuing the development of FON Anlegg as the leading local contractor in southern Norway,” Carl Christian Fon, CEO of FON Anlegg.

FON Anlegg is the third company acquired by Storskogen in Norway in addition to Frends AS and Primulator AS.

Storskogen acquires and manages well-managed and profitable small and medium-sized enterprises within the business areas Industry, Trade and Services in the Nordic countries, DACH and the United Kingdom. At the end of the first half-year 2021, Storskogen consisted of 94 business units with a total of approximately 7,000 employees and a trailing annual turnover (RTM) of almost SEK 19 billion.