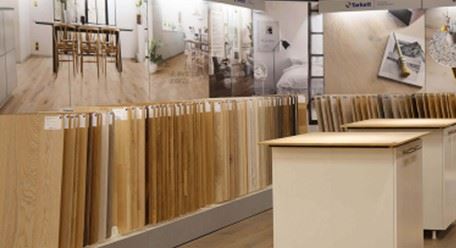 Golv & Mattvaruhuset was founded in 1995 and offers a wide range of primarily wooden floors, carpets and moulding from some of Europe's leading suppliers. The company sells both to businesses and directly to consumers through its store in Gothenburg. The acquisition strengthens SGD’s presence in the Gothenburg region and contributes to the overall ambition to become Sweden's leading and most complete floor supplier. The company will be run by co-founders Henrik Nellbrandt, Manne Ström, Fredrik Olofsson, and Roger Brundin.

“The investment that SGD is making in the Gothenburg region will enable us to develop our concept faster together with the other SGD companies in the region. My colleagues and I are very happy to become a part of SGD”, says Henrik Nellbrandt, site manager at Golv & Mattvaruhuset.

Fredrik Alfredsson, CEO of SGD, believes that Golv & Mattvaruhuset’s competence will contribute to SGD’s ambition to become the most complete floor supplier in Sweden and believes that the companies match each other well.

“Golv & Mattvaruhuset’s history and genuine floor competence give us even better opportunities to provide a good product and service offering in the Gothenburg region. With three facilities in the area, we can now further strengthen our presence and service to both existing and new customers”, says Fredrik Alfredsson.

SGD is part of Storskogen’s vertical Distributors, within the business area Trade.

Om Storskogen
Storskogen acquires and manages well-managed and profitable small and medium-sized enterprises within the business areas Industry, Trade and Services in the Nordic countries, DACH and the United Kingdom. On 31 December 2021, Storskogen consisted of 105 business units with a total of approximately 9,000 employees and a trailing annual turnover (RTM) of over SEK 23 billion.