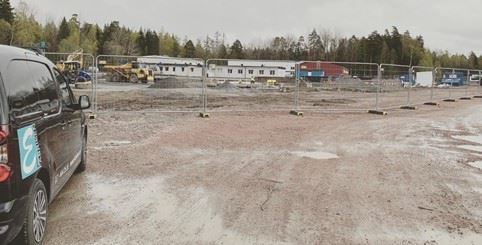 Storskogen’s subsidiary Örnsbergs El, Tele & Data AB (“Örnsbergs El & Data”) has entered into an agreement to acquire 90.2 percent of the shares in ElFabriken Sverige AB (“ElFabriken”). The company provides services in electrical installations and reported sales of approximately SEK 20 million and EBITA of SEK 5.7 million for the financial year 2021. ElFabriken is the third company to become part of Örnsberg El & Data after the acquisiton of El & Nätverksmontage earlier this year.

ElFabriken was founded in 2017 with a focus on electrical installations in the greater Stockholm area. The company has had profitable growth since its inception and today employs about ten people. ElFabriken has a diversified customer base with a focus on adaptation of premises and renovations. Dennis Gabbels, founder and CEO, will remain in his role after the transaction.

“I look forward to further developing the company together with the management of Örnsbergs El & Data, which gives us the possibility to continue developing our operations and staff. We are pleased about this and see it as an important step in our continued long-term journey”, says Dennis Gabbels, CEO of Elfabriken.

“ElFabriken is a successful company with a set of values that I and the management at Örnsbergs El & Data share. We have an ambition to expand together with the structural capital that Storskogen has added to our operations, and together with ElFabriken, we will have the capacity to collaborate in our markets and create synergies between the companies. I look forward to being a part of ElFabriken and Dennis’ continued growth journey”, says Mikael Partin.

The acquisition is expected to be completed during the second quarter of 2022.

About Storskogen
Storskogen acquires and manages well-managed and profitable small and medium-sized enterprises within the business areas Industry, Trade and Services in the Nordic countries, DACH and the United Kingdom. On 31 December 2021, Storskogen consisted of 105 business units with a total of approximately 9,000 employees and a trailing annual turnover (RTM) of over SEK 23 billion.